OK so there is a virus

OK for many moths life has been difficult. Here in Portugal where i live it's easy to avoid going to places of danger. Shop on days when it's quiet and don't go out unless it can't be avoided.

But what do you do during times when it's better to stay in. I have been making cutting boards in the shape of countries for when the markets start again.

The last month or so i have been using my lathe. I have been making bowls but i am slowly running out of Chestnut to carry on making more. 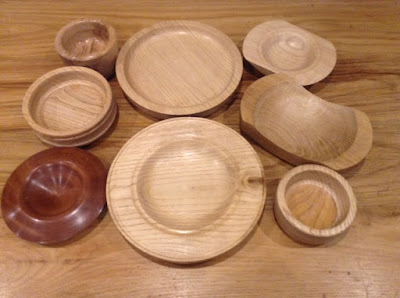 Here are a number of bowls i have made during this difficult time.

If you have been doing things during your time under this virus why not share your story just get in touch.

Happy days my veranda is painted

Happy days my veranda is now finished, painted and ready to use. It was a really warm summer day from way before i got out of bed.

I took advantage of the weather and after a cup of tea i started the last of the painting and my veranda is now complete. All i need to do now is put my table and chairs on the veranda and use what i have made. 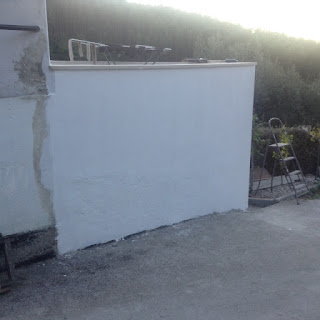 This is the new wall finished and looking good. 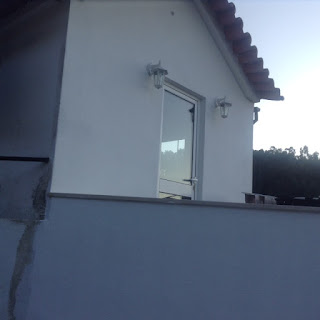 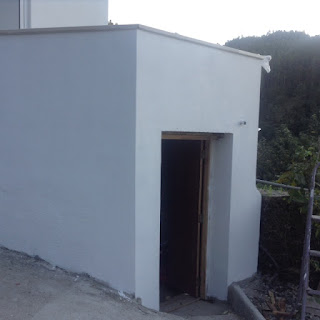 The bonus of my new veranda is that i now have another room downstairs. I will be able to fit lots of shelves for all my stuff that is stored in boxes.

Posted by Peter's house in Vale Boa at Saturday, October 10, 2020 No comments:

It.s that time of year again at least for me.

One important thing i am proud of is that in my family i was the only one to pass the driving test first time. I should of made clear here that i meant my wife number 1 and wife number 2 also my children. I hope that clears that up.

But should also add that i only had 10 lessons but i also had my own car DHF422 gone but not forgotten.

I passed my test on the 10/10/1968 and after the test i went straight back to the Butchers shop that i worked in. The owner congratulated me he was a good guy like that, but the next day his know it all son with the same first name as me had his test.

When he came back from the test he went to the flat upstairs where his family lived. After a little while his dad come down and told me he failed but he failed badly.

He tried to be a bully because he was the boss's son and he was embarrassed at failing he was a bit of a spoilt child.

It's so nice to be the first.

Posted by Peter's house in Vale Boa at Saturday, October 10, 2020 No comments:

Some time ago i went to a Granite works to get tiles made for my new veranda. The price for the hand made tiles was very good only slightly more expensive that a big store. I was told of a guy who would tile my veranda but after he was at the point of grouting i stopped him as his work was less than what i expected.

Thankfully i was introduced to someone who has a great reputation locally and he came to complete my tiling of the veranda. Below are two pictures of his work now i have a veranda to be proud of. The walls round the veranda on the inside now need painting and the job is finished. 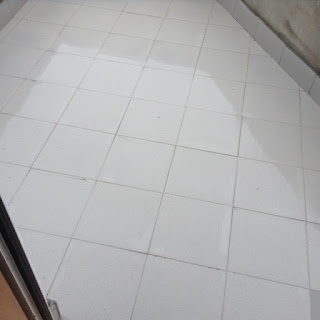 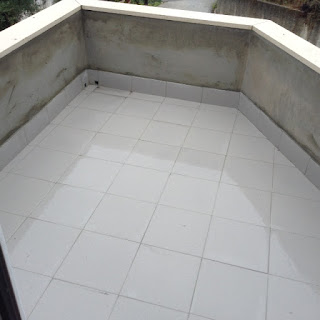 I moved a freezer

Many many years ago my then wife asked me to put the chest freezer in the Shen in the garden. Thed was a brick built shed nice and clean and tidy the right place for a freezer to go.

I started to pack all of the frozen food into bags ready for the move. The things at the top of the freezer where fine no problem until i started the things lower down. Here is where i had problems things started to become out of date. I ended up with six carrier bags of good food years out of date some over 4 years out or date.

Now a confession while having a good spring clean OK i know it's not spring but. I recently built a new veranda with help and dust from the building work found it's work into the house. I didn't clean until all the work was complete and finished. Now was time for a massive cleaning for most of the house  but the kitchen mostly because the veranda door is in the kitchen.

While cleaning the kitchen i found a bottle of Glycerine from when i was baking. The Glycerine was out of date but not like the frozen food the date was 09/2011 9 years out of date. The Glycerine is now in the rubbish where it should have been years ago.

Big bother is watching OK it was Google

I recently had something about Google to complain and all of a sudden What i had said was not in the list of my posts.

After getting rid of windoooooows many years ago i moved to Ubuntu Linux and i have been happy ever since.

Two days after i posted about Google the last 12 months of my Blog had been taken down.

Draw your own views.

Posted by Peter's house in Vale Boa at Monday, September 14, 2020 No comments:

I felt i was robbed today

Today a friend from up the lane came down with a couple of green peppers and my answer was that looks like a Stir fry. Then looking in the fridge i found a few things short if i was to have a stir fry so of i went to the shops. Not to far was a supermarket that i use and proceeded to pick all the things i needed. When it came to pay for three tomatoes, two onions, a piece of ginger, two garlic and 1 kilo flour. All this came to 4.95€ and it didn't seem right so i went outside and sat in my van

The tomatoes had a price displayed of 0.99€ kilo on my receipt was 1.99€ Wrong. The onions where marked at 0.79€ but on the receipt it was 1.39€ kilo. The garlic was also wrong but i can't remember the price difference.

I went back into the store and found a supervisor who was shock that something could be wrong. I had taken the price stickers from the shelves to show my receipt price compared to the shelf price. it took 20 minutes for the supervisor to put the items back into stock and give me a refund. I asked for a refund because it wrong to be robbed and i said i want a refund so i can go to LIDL.

This happened last week the carrots where marked as reduced from 79c to 40cents kilo. This is now two weeks that this has happened and i said if it happens next time i come in i will call the Police and then get a supervisor.

Posted by Peter's house in Vale Boa at Monday, September 07, 2020 No comments:

I was invited to a market

During the lock down someone who runs a market for the premises owner. She explained about her idea selling Artisan products on the internet and her son was designing a website. My part was to make various items out of wood and i started to get lots of things ready for launch day.

During one of the many conversations i was invited to the market she runs. Well the market started back up a couple of months ago but no call. I tried to call and sent many emails but never got a reply oh well everything will sell when the markets start up again.

Today i went to that market and someone was making arrangements to have a stall at the next market. I waited for my turn to speak to my friend when she said i can't have a place for my Spices because someone sells chilli's. She did say i could sell my cutting boards and mirrors but not my Spices.

She forgets that i sent a parcel of Spices that are still not paid for yet.

After so much work to give myself a new woodworm free veranda problems. I was introduced to a guy who could tile the floor to my veranda.

I couldn't tile my veranda because the tiles had to have whats called a fall in one direction to allow water to drain away.

So the guy got the job but he would start at 6pm each night. After he had put the tiles down on the floor he put a broom handle across the door because the adhesive had to dry.

I didn't get back the next night till after the tiles guy had started,  again i didn't get to see the work done until the next morning. To say i was shocked is me being polite.

I spoke to a builder friend of mine in the UK and he said to drown the veranda with water and to keep putting water on the veranda. He told me because the grout hadn't been put down yet the water may seep into the adhesive and make it week.

After about and hour of pouring water down i tried to get the tiles up round the edge but i ended up removing all the tiles. The guy was supposed to come back today Saturday to finish the grouting. I got a message to him to stay away he wasn't needed anymore.

I have now been put in touch with someone else well he had better show me how good his work is.

That's all for now. 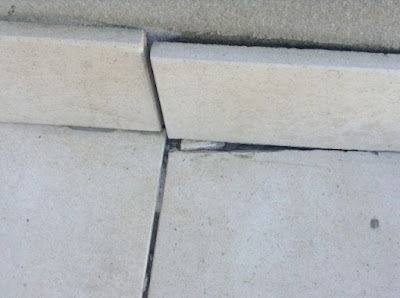 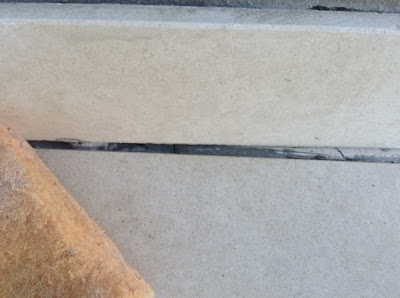 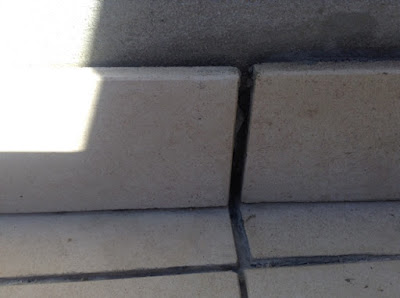 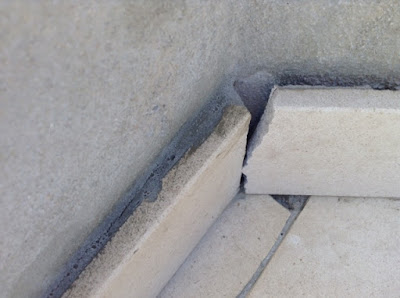 Posted by Peter's house in Vale Boa at Saturday, September 05, 2020 No comments:

i have just been watching the UK news on the BBC. A little boy has raised over £1,000,000 for charity amazing but he had his legs removed because of abuse as a baby/ toddler and he has artificial legs and walks with crutches.

Thankfully this little hero now has foster parents to give him the Love and support he needs in life.He is now raising money for things in his home what a super little boy.

The one pan man

Hi just a brief welcome from me Peter or for those who know Peterfc on various Forums that's me as well.
To order Spices email Valeboa@gmail.com